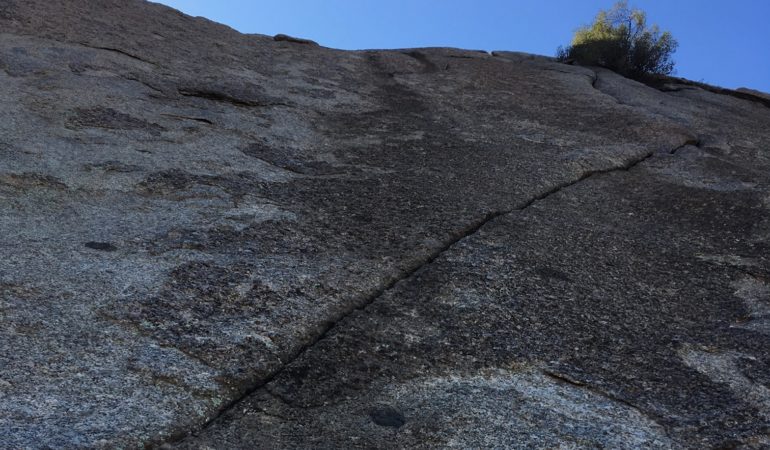 The pandemic continues, and we are continuing our mission to bring you useful reads, videos, and virtual links to the climbing world. This week we have what we think are particularly important ideas for your consideration.

There are some much-needed conversations happening around us right now, including many about the concept of privilege.

As climbers, many of us already know that we enjoy a great deal of privilege. We have the money to afford technical gear, the free time to use it, access to climbing areas, the health to support our outdoor ambitions, transportation to get there, and the confidence that we can enjoy all of the above whenever we want—except maybe during global pandemics. But those privileges are not equally distributed even within the climbing community, let alone in the wider society, and we are sharply reminded of that today, as the fight to ensure that black lives matter gains overdue attention.

What does that have to do with climbing? We’re so glad you asked!

When we’re climbing, we depend on each other for safety. But first we have to feel safe WITH each other—and that’s not necessarily a given, especially for climbers of color.

As you might have noticed, a disproportionate percentage of climbers are white. (Bit of an understatement there.) And since the two of us are in that majority, we can’t know from personal experience what it feels like to be a non-white climber. So we thought this was a great time for us to learn—and, if you’re in the same position, we thought you might like to do some learning, too. If you are a non-white climber, then your own lived experience is obviously more relevant than anything we can say, and we would love to hear from you if you’d like to share your thoughts.

The key message we’re hearing from many people of color is that the overwhelming whiteness of the climbing community doesn’t always feel welcoming. And it doesn’t always feel safe. It’s not that white climbers are necessarily racist. But some are definitely in denial about the effects of racism.

Climber Nadia Mercado explains the impact of that denial in her essay, Shut Up and Climb: “When hikers, climbers, skydivers say things such as ‘I don’t see color, let’s just climb’ or ‘let’s just focus on the sport,’ they are rejecting the first step in empathy. They are unwilling to acknowledge the existence of issues that don’t affect them personally. This rejection comes from a position of privilege.”

And when white climbers reject empathy, then they aren’t being good allies (which means they aren’t good climbing partners).

It is a privilege to be able to escape from all your cares in the outdoors. Because the race-based issues that climbers of color face do not disappear at the crag, as Atlanta-based climber Brandon Belcher discusses with Kathy Karlo on the For the Love of Climbing podcast. On the contrary: they can be amplified by the awareness of being the only non-white person around.

As a black climber, Brandon has had to endure things that most white people never would—starting with his gut-level reaction to seeing “white people handling ropes” in the gym. Hearing himself described as “a little monkey” by some spectators. Learning which gas stations to avoid on the way to climbing areas in rural Georgia and Alabama, where Confederate flags flapped in the breeze.

The entire interview is eye-opening, so give it a listen or read the transcription.

Among other points, Brandon makes an observation about how the default image of a rock climber was first established as white and male, noting that: “Climbing is not inherently racist. However, conventional climbing from the beginning—like big wall climbing at Yosemite and stuff like that—it was born during a system of racism, so, therefore, it’s impacted by it, right? . . . It was born out of the system and it’s going to impact how it is today. So, it’s like, no wonder black people haven’t really been getting into it—because we weren’t even allowed to get into it in the first place. My mom remembers segregated water fountains in Ohio and she’s not even sixty. You know, there’s a lot to unpack, you know, of course, and frankly, when a lot of these big wall accomplishments were going on, black folks were trying to get the right to vote. They weren’t worried about hammering in pitons into cracks and stuff like that—they were trying to just have basic rights. So, who gets to control that narrative from the beginning really has an impact on how things are carried out today.”

And the experiences that Brandon describes are fairly common for black climbers, according to participants in the 2018 Color The Crag Festival, some of whom shared their stories in the short film People of Climbing by Josh Greenwood. Climbing coach Emily Taylor, for one, says that she also has a painful reaction to seeing a climbing gym full of white men with ropes. And sport climber Justin Parks, who is also a Deuter ambassador and an Outdoor Research grassroots athlete, talks about his ongoing efforts to convince outdoor companies that there are, in fact, climbers of color.

The stubborn fallacy that “black people don’t climb,” was also a frustration for Mikhail Martin, co-founder of Brothers of Climbing, a climbing community based out of the Brooklyn Boulders gym in New York City. But instead of trying to convince climbing companies to try working with black climbers, he was trying to convince black people to try climbing. In an interview for the REI blog—which includes a link to a short film about the group that debuted at the 2017 MountainFilm Festival—Mikhail explains that one of his goals is “to see people of color experience a higher level of comfort in the outdoors.”

Mikhail says that part of the discomfort is that there are so few role models in the sport: “This is the same challenge faced by many minority groups. They do not have the precedent necessary to visualize themselves rock climbing and thus it becomes difficult to believe they can do it.”

There certainly are black climbers who could be role models (and not just Kai Lightner), but climbing magazines, advertisements and promotional events still primarily feature white athletes, which perpetuates the idea that climbing is for white people, continuing a circle of exclusion.

Multi-racial climber Indigo Johnson discussed this lack of representation in an article for Climbing magazine, observing: “Nothing about non-white people intrinsically prevents them from rock climbing, yet they still seem largely absent from the sport.” She wondered why.

“As an avid consumer of climbing media, I have seen many articles and online conversations assuring readers that climbing is a free and open sport in which everyone can participate, yet the more I researched, the more I realized this wasn’t the case. When I dug deeper to ask industry and climbing professionals, all cited lack of exposure to rock climbing and low numbers of role models in the upper levels of the climbing community as reasons for the lack of racial diversity.”

Happily, there are efforts underway to change that imbalance by increasing the exposure for those role models who might inspire other people of color to try climbing. Diversify Outdoors is a coalition of bloggers, athletes, activists, and entrepreneurs who collaborate on activities that promote diversity in outdoor spaces.

One of their initiatives, the Outdoor CEO Diversity Pledge, pairs outdoor brands with inclusion advocates and athletes to work on increasing diversity in the outdoor industry and outdoor media.

Other organizations, like Melanin Base Camp and Brown Girls Climb use social media, events, speaking engagements, and consulting to help raise the profile of climbers and outdoor athletes of color.

While many climbing organizations—including the AMC!—sincerely want a diverse community that welcomes all climbers, it’s easy to understand how feeling alone among a sea of white faces can feel intimidating to people of color, especially those who are just starting out in the sport and feeling extra vulnerable.

And climbing partners who dismiss your experiences and refuse to acknowledge (and confront) racism can only amplify that discomfort.

But there are many more reasons for the current whiteness of climbing.

Our friends at the Arizona Women Climber’s Coalition have posted a thoughtful consideration of some of the many factors that discourage black people from participating in outdoor activities, including a legacy of segregation and discriminatory hiring in the national parks and on other public lands.

In fact, when the Atlantic and REI co-sponsored a 2018 brainstorming session with leading diversity activists about how to make public lands more inclusive, participants identified a list of concerns and recommended actions, many of which were specifically intended to counteract the history of racism in national parks, which has contributed to the perception that people of color are not welcome in the outdoors.

To better understand these issues—which are deep and interconnected—the American Hiking Society has compiled a solid list of resources about racism in the outdoors.

This all begins to show why, as the Access Fund’s Taimur Ahmad says, climbing access is very much a civil rights issue—and vice versa.

He also makes a great case for why all climbers should strive to be JEDIs, actively fighting for Justice, Equity, Diversity, and Inclusion.

Here are a few ideas to get started:

For non-black climbers who want to become better allies and don’t know how, may we suggest the Guide to Outdoor Allyship from Melanin Base Camp, which covers these topics in depth—and from first-person experiences. (First step? Acknowledge your privilege, including the privilege of learning about racism right now, rather than living with it daily.)

In addition, the Resource Guide for Non-Black Climbers from Brown Girls Climb and the Dismantle Collective offers links for education and specific suggestions for action.

Most of all: keep learning. All of the links above will lead you to other links and resources. And we’ll keep sharing what we find as well.

Because it turns out that there are a lot of things to learn about the intersection of race, privilege, and climbing. This is just a small sample and we would love your suggestions, additions, corrections, and comments to add to it. Because the more we learn, the safer everyone will be.

And you know how we feel about safety…

2 thoughts on “Climbing in a Time of Coronavirus, vol. 12: Check-Your-Privilege Edition”