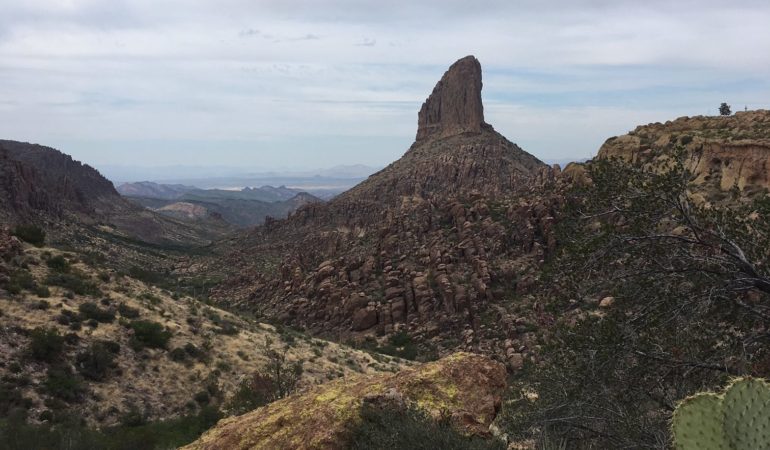 Wow, it was wonderful to see everyone who tuned in for the first ever AMC online skills clinic on June 18. Many thanks again to the indefatigable Scott Kuchman, for leading Knots with Scott. We hope everybody learned a few new tricks—and now you have no excuse for botching your bowline.

Keep an eye on the MeetUp announcements because we’ll have another clinic coming up soon!

In the weeks since we started sharing climbing-related stories and resources to help us all stay connected, we’ve noticed that these posts tend to coalesce around a theme or two. Sometimes it’s a tenuous link, but there’s often a common thread that unites a lot of the material we find. This week? Well, if there is a theme, it might be “whiplash,” as we snap between good news and bad. So, buckle up and let’s get into it.

We’re sure you’re watching the wildfires just as intently as we are, and probably with a similar sense of dread. So we’re really happy to see that the Sawtooth Fire in the Weaver’s Needle area is now fully contained, Peralta and other area trailheads have reopened… and the Lone Pine survived! Here’s an early report from Hike Arizona member hikerdw, with pictures.

However, just a few miles away, the Bush Fire has overtopped Four Peaks and has now burned over 186,000 acres (and counting…) of the Mazatzals; the Magnum (North Rim), Bighorn (Pusch Ridge), and Bringham (White Mountains) fires are still growing; and now we have the brand-new Central Fire burning east of New River.

See what we mean about the whiplash?

In addition to the wildfires, we’re sure you know that the spread of coronavirus cases continues to grow dramatically in Arizona.

So we were interested to learn that Dexamethasone, a drug that many mountaineers know for its ability to prevent and treat high altitude sickness, also shows some promise in helping more people recover from COVID-19.

Unfortunately, news from the climbing world itself has been grimmer.

In France, sixteen-year-old climbing prodigy Luce Douady fell to her death while on the approach to a climbing area near Grenoble.

And a climbing accident in the Blue Mountains of Australia has Macciza Macpherson, a.k.a. “Macca,” lucky to be alive after a complex and protracted rescue.

Moving to the realm of access and stewardship, we’ll start with the bad news.

In Moab, the BLM has opened 82,000 acres of land up for oil and gas leases, including many parcels that impact established climbing and recreation areas near Arches and Canyonlands National Parks, and Dead Horse Point State Park. The 30-day public comment period ends July 9.

However, the U.S. Senate overwhelmingly passed the Great American Outdoors Act, a bipartisan conservation bill which would guarantee funding for the Land and Water Conservation Fund and allocate monies for long-deferred maintenance on federal lands including national parks and forests.

And here in Arizona, the Arizona Office of Tourism has partnered with the Leave No Trace Center for Outdoor Ethics to promote sustainable outdoor recreation. Of course, as a responsible outdoor-loving Arizonan, you already know the seven principles of LNT, right?

(Incidentally, do you know how to pee outside? Are you sure?)

Speaking of Moab, if you’ve not had the pleasure of climbing the beautiful splitters in the Indian Creek area, you can tag along with Sasha Digiulian for her adventures at a pre-COVID crack clinic.

And, for a little offwidth action, Adam Ondra (also pre-COVID) narrates his way up a 5.13b Indian Creek test piece. [Editors’ note: Adam Ondra or not, he should be wearing a helmet. Ahem.]

Ever get tired when you’re slogging uphill with a heavy pack? No? Just us? Well, Kitty Calhoun (who, coincidentally, lives near Moab and teaches crack clinics at Indian Creek), shares a simple technique called the “rest step.”

In California, some of the PCT’s longest-serving trail angels are ready for a rest step of their own. As the number of thru-hikers has increased from a relative handful in the early 2000s to thousands each year, they’ve decided it’s time to retire.

Up in Alaska, another piece of history has also been retired due to increased traffic. Fairbanks City Transit System Bus number 142, also known as the “Into the Wild” bus, was removed from its previous resting spot near Denali National Park in order to discourage the growing numbers of people who have become stranded and even died trying to reach the famed vehicle.

But some adventurers continue to endure—in more than one way. Janelle and Mark Smiley have climbed 48 of 50 of the 50 Classic Climbs of North America, and stayed together through it all, as they recounted in a recent Enormocast podcast.

Endurance is usually the opposite of speed. But it turns out that speed climbing itself has endured for a really long time. Since round about 327 BCE, in fact.

So we suppose that speed climbing can wait another year for the Tokyo Olympics. And British climber Shauna Coxsey is still pushing the limits of mental and physical strength as she continues her preparations for the postponed competition.

Need to boost your own physical strength? Get back on that home pull-up bar with a new core workout from Lattice Training.

Of course, many of us climb for the experience, not to set records. The short film Camista features two Ontario climbers who are so dedicated to the cliffs at Lion’s Head Provincial Park that they bought a sailboat to shorten their approach. Never mind the boat doesn’t have any sails. Oh, and it leaks. Fair warning: they do swear like, um, sailors.

If you’re sport climbing (with or without a sailboat), you may have occasionally wished for a stick clip for that first bolt. But what if you didn’t bring one? Well, you can make one. With an actual stick.

And Brendan Leonard, the climber and writer behind Semi Rad, recalls his own introduction to aid climbing at Zion.

No matter what kind of climbing you’re doing, anchor building is critical. So here’s AMGA Technical Director Dale Remsburg to break down a few myths about anchors and to remind you to remove the words “always” and “never” from your anchor-building vocabulary.

And why do we want solid anchors? Well, here we have fall factor, explained.

You’re gonna want to back them up for an anchor, but if you’re itching for some new trad gear, Wild Country has just introduced the Zero Friends.

As climbers, we talk a lot about evaluating risk and making decisions, but how has the risk of coronavirus affected our decision-making? Researchers from Britain’s Lancaster University have been looking into this, and they have some preliminary thoughts—along with an optional survey.

But Rock and Ice columnist Andrew Bisharat is hopeful that most of us have now realized that climbing is not the most important issue we have in this world.

So, to help deal with some of those more important issues, Climbing magazine has assembled an array of anti-racism resources for climbers.

For a personal story about diversifying the outdoors, Yosemite Park Ranger Shelton Johnson shares his thoughts on why everyone should get outside— and why it matters that they see people who look like themselves out there.

Over on Instagram, for instance, a coalition of outdoor activists has declared June 22-27 #blackhikersweek to celebrate color on the trails.

And if a road trip isn’t in the cards for you this summer, take a vicarious vacation with the Women on the Road podcast series, which features women of all colors getting out in the world. No whiplash—we promise.

No matter where you wander, we’re sending positive thoughts to all of you, especially to our climbing friends who work in health care and other essential services. Be safe, everyone.

Isolate on!
Ann and Andrea

5 thoughts on “Climbing in a Time of Coronavirus, vol. 14”